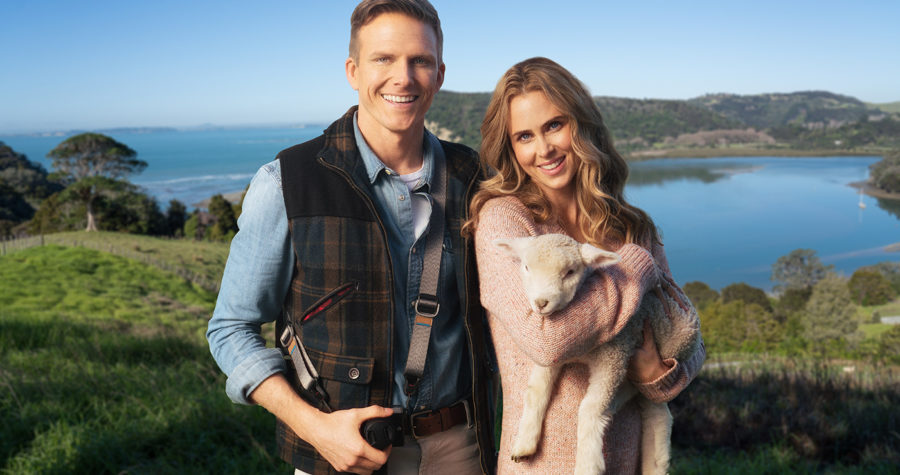 Montreal, July 27th, 2020 – Incendo and Screentime New Zealand are pleased to announce that they have commenced principal photography on A LOVE YARN, starring New Zealand actress Anna Hutchison (Robert the Bruce; Encounter; Vengeance), as well as Simon Arblaster (Once Upon a Time; DC: Legends of Tomorrow; Wild Justice) and Olivia Tennet (Lord of the Rings; 800 Words; Kiri and Lou). A LOVE YARN is being shot on location in New Zealand.

A LOVE YARN is written by Becca Johanson. It is with great excitement that we welcome the contribution of director Peter Burger (Filthy Rich; Until Proven Innocent; Mataku). His last two films received a nomination in the category “Best Director” at the New Zealand Film & TV Awards and at the Qantas Television Awards.

In A LOVE YARN the owner of a quaint New Zealand yarn shop, Sophie Dale, gets her world flipped upside down after learning her top supplier of yarn, King Farms, is stopping production. Much to her surprise, the charming yet stuck-in-his-ways Samuel King has travelled all the way from New York to audit the business model of the farm. Desperate to keep her shop going, Sophie convinces Samuel to give her two weeks to learn the ropes of yarn spinning and raise enough money to buy the mill herself. With Samuel’s help, Sophie comes up with a fundraising plan to host a “knit-off” and auction at the local makers’ market. However, when the two weeks come to an end Sophie finds herself at a crossroads of business and romance. Could she have misinterpreted Samuels growing romantic interest in her as just business all along?

Screentime has been at the forefront of New Zealand television production for almost 25 years, producing hundreds of hours of television and digital content for New Zealand and the world. As part of the world’s largest independent production group Banijay, Screentime works with global television partners on co-productions, showcasing our country to the world.

Incendo is a Canadian company that specializes in the production and international distribution of high quality television programming for the worldwide marketplace. Since its inception in 2001, the company has 1 Westmount Square, suite 850, Westmount (Quebec) H3Z 2P9 Tel: (514) 937-3333 • www.incendo.ca

produced compelling movies, television series as well as documentaries that have been sold throughout the world. Through its joint venture with Twentieth Century Fox International Television (Fox/Incendo), Incendo is the leading television distribution company in Canada and also handles theatrical distribution in Québec for Paramount Pictures. As of April 2019, Incendo became a part of Groupe TVA. For more information, visit www.incendo.ca.