Get the latest news and updates

Incendo & Tubi Are Full Steam Ahead with Terror Train 2

Tubi has collaborated with Incendo on the remake of the 1980 cult classic horror film Terror Train, which starred Jamie Lee Curtis. A Tubi Original, Terror Train is slated to premiere in October 2022 as part of the platform’s annual month-long Halloween-inspired genre celebration, “Terror on Tubi.”

Toronto, September 13, 2022 – Incendo is thrilled to announce two additional horror films slated for production in 2022, in conjunction with FOX-owned streaming giant, Tubi as part of their continued content initiative. Driven by the success of the genre and consumer demand for themed content, the projects include Marry F* Kill, an original film written by Ian Carpenter and Aaron Martin (Terror Train), as well as The Amityville Curse, an adaptation of Hans Holzer’s iconic novel from the successful franchise, scripted by Dennis Heaton (Motive).

Incendo is in pre-production in Montreal on the films and will also represent distribution on a global scale; Tubi is the commissioning U.S. licensee for both projects.

“We are delighted to move forward on these two projects,” said Brook Peters, Managing Director and Senior Vice-President, Sales & Production Operations & Executive Producer (Incendo). “Both films not only contribute to Incendo’s content growth and diversity strategy, but also strengthen our evolving creative partnership with Tubi.”

Marry F* Kill sees five estranged college friends reunite to attend their friend’s funeral after her shocking suicide. Scarred by a past betrayal that led to the ultimate demise of their friendship, an innocent game of Marry F* Kill spawns into something far more sinister than they could have imagined.

Based on the book of the same name, the new adaptation of The Amityville Curse will take on a different perspective than the 1990 direct-to-video released film. With Incendo securing the underlying rights to the original novel from the estate, fans can look forward to an authentic approach to capturing the gripping story of Hans Holzer’s book.

Incendo partners for the second time with Éric Tessier (You Will Remember Me) to direct the film. Producers are Graham Ludlow and Kaleigh Kavanagh; Executive Producers are Graham Ludlow, Kaleigh Kavanagh, Brook Peters, and Shari Segal, as well as fellow author and Hans Holzer’s daughter, Alexandra Holzer, whose contribution to the film pays tribute to continuing the authenticity and legacy of her father’s work. Casting for the film will commence in the coming months.

Incendo and Tubi initially partnered earlier this year for the collaborative remake of cult classic film Terror Train, which will premiere October 21st in the U.S. as a part of Tubi’s annual month-long Halloween inspired genre celebration, ‘Terror on Tubi’.

From classic slashers to thrills from the paranormal, Incendo’s talented production team are dedicated to bringing these original and reimagined stories to life while staying true to the core fundamentals of the genre and homage to horror fans. The company also has collection of multi-genre series and films in various stages of development for 2023 and beyond.

About Incendo
Incendo is a Canadian company that specializes in the production and international distribution of high-quality television programming for the worldwide marketplace. Since its inception in 2001, the company has produced compelling movies, television series as well as documentaries that have been sold throughout the world. Incendo is the leading television distribution company in Canada and also handles theatrical distribution in Québec for Paramount Pictures. For more information, visit www.incendo.ca.

Toronto, May 11, 2022 – Incendo is pleased to announce its latest production partnership with FOX-owned streaming giant, Tubi. The ad-supported video on demand service has commissioned a remake of the horror film Terror Train from Incendo who recently wrapped production in Montreal. A Tubi Original, the film will premiere exclusively in the U.S. this October as a part of their annual month-long Halloween inspired genre celebration, ‘Terror on Tubi.’ The first look of Terror Train can be found HERE.

Starring the original “scream queen” Jamie Lee Curtis, as well as Ben Johnson and David Copperfield, Terror Train (1980) is known for its cult classic status in the slasher/horror genre and is available to stream now on Tubi as well as other video on demand platforms worldwide. The new Terror Train adaptation is set thrill horror fans who have been clamoring for this remake for years.

The new cast is led by Canadian actress Robyn Alomar (Utopia Falls), who gives a breakout performance and is poised to be crowned the newest scream queen, as well as Tim Rozon (Schitt’s Creek). The remake is written by Ian Carpenter and Aaron Martin (Slasher) and is directed by long-time Incendo collaborator Philippe Gagnon (Amber Alert). Terror Train is produced by Graham Ludlow and Kaleigh Kavanagh; Executive Producers are Graham Ludlow, Shari Segal and Brook Peters.

In this contemporary reimagining, eerie excitement is in the air as Alana (Robyn Alomar) and a group of college seniors board a party train for a Halloween-themed bash, but their fun spirals into fear as attendees are killed off one by one by an unknown killer. Concealed by costumes and plagued with chaos, everyone is a suspect. As the party train continues full steam ahead, Alana must race against the rails to find the killer before she becomes the next victim.

“This is a new chapter for Incendo,” said Brook Peters, Executive Producer (Incendo). “Our strategy to diversify and grow our production slate is coming to fruition and we couldn’t be more pleased to find such an incredible partner in Tubi for this project. Tubi has had enormous success with horror-genre content, and we can’t wait for them to bring our take on Terror Train to their audience in the U.S.”

“We can’t wait for viewers to take a ride on the Terror Train, the tentpole for our annual ‘Terror on Tubi’ event in October,” said Adam Lewinson, Chief Content Officer (Tubi). “With an incredibly talented team of filmmakers and star-making performances, this movie continues to cement Tubi as a key destination for horror fans.”

Incendo is a Canadian company that specializes in the production and international distribution of high-quality television programming for the worldwide marketplace. Since its inception in 2001, the company has produced compelling movies, television series as well as documentaries that have been sold throughout the world. Incendo is the leading television distribution company in Canada and also handles theatrical distribution in Québec for Paramount Pictures. For more information, visit www.incendo.ca.

Tubi, a division of FOX Entertainment, is an ad-supported video-on-demand service with over 40,000 movies and TV shows, including a growing library of Tubi Originals, 100+ local and live news and sports channels, and 400+ entertainment partners, featuring content from every major Hollywood studio. Tubi gives fans of film, television, news and sports an easy way to discover new content that is completely free.

April 27, 2022 – Incendo is delighted to congratulate James Phillips on his 2022 WGC Award win for the TV-Movie, As Gouda As It Gets. The WGC Screenwriting Awards recognize and celebrate Canadian screenwriters and their scripts. Winners were announced at a virtual ceremony held on April 25th where James won the award in the MOW & Miniseries category.

As Gouda As It Gets – Brie Belanger is the maître fromager and owner of Brie’s Cheese, a cute artisan cheese shop located in picturesque Vermont. Looking to boost her business presence and sales, the town’s annual Cheese Festival arrives just in time with a $50,000 first-place prize. Up against her biggest competitor, Brie’s vintage smoked gouda is considered a frontrunner-so much so that Jacob Wolfe, a former chef and influential cheese blogger, approaches about profiling her delectable creation, leading their friendship to take a turn for romance. Complications arise when Matt Lambert, the handsome and charismatic new CEO of Lambert Farms (and Brie’s largest competitor) starts to show his interest in acquiring her shop. Racing against the clock and a disastrous power failure, Brie and Jacob must recreate a prize-worthy entry if she has any hope of keeping her shop and potentially winning more than she initially hoped for.

The film is available to stream on Citytv in Canada. To watch the official trailer please click here.

Incendo is a Canadian company that specializes in the production and international distribution of high-quality television programming for the worldwide marketplace. Since its inception in 2001, the company has produced compelling movies, television series as well as documentaries that have been sold throughout the world. Incendo is the leading television distribution company in Canada and also handles theatrical distribution in Québec for Paramount Pictures. For more information, visit www.incendo.ca.

About the WGC Screenwriting Awards

The WGC Screenwriting Awards are now in their 26th year of celebrating and acknowledging the best of the best in Canadian screenwriting and the all-important creators behind the most engaging and powerful Canadian-made series, films, documentaries and webseries. 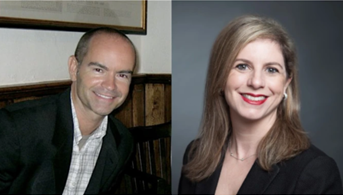